"Forgive me, Father, for I have sinned. I, uh, gee, it's been awhile, Father, I don't remember how the rest of it goes." "Is that you, Sean Duffy?"

"Your mother keeps me posted as to your doings. Now, you're supposed to tell me when your last confession was."

"That long, eh? Well, give it a try, lad. A round ballpark figure will do."

"I think it was right before my Confirmation, when I was about 16."

"So, about ten years? Ten years since your last confession?"

"So, Sean, what epiphany has sent you seeking the Sacrament of Reconciliation?"

"Huh? Oh, yeah, it's my brother's wedding tomorrow. There's a Mass and we're all supposed to take communion, and I remembered you couldn't do that with a really bad sin on your soul."

"And after ten years with a clear conscience, Sean, what terrible sin have you committed? You haven't murdered someone, have you?"

"Oh no, Father, nothing like that. I just screwed my brother's fiancée."

"Oh, sorry Father. I shouldn't have said it like that."

"Sean, just start from the beginning."

"Okay, Father. See, it was like this. We gave Jimmy a bachelor's party last night. Well, some of the guys hired a couple of hookers, uh, I mean girls ..."

"I'm familiar with the term, Sean."

"Oh, okay. Well, Jimmy kinda had sex with these girls. Well, I don't know how she found out, but Terry got wind of it and she was really pissed. Oh, excuse me, Father, I shouldn't have put it that way."

"Sean, it's hot in here. Why don't we save some time; feel free to tell me your story in the vernacular."

"Oh, Mary mother of God! Vernacular, Sean. It means everyday speech. Tell me the story the same way you'd tell your pals down at O'Rielly's."

"Really, Father? Okay, yeah, it sure would make the telling easier."

"Well, you know, Terry lives right next door. So, I'm sound asleep when I hear tapping at my window. So I go open it up and Terry climbs into my bedroom. She says she knows all about what Jimmy did and she's gonna get even. Well, Father, she's wearing this really short, lacy thing that I can see right through."

"So she says, 'Sean, I think you're going to be my favorite little brother,' and she pulls this little ribbon bow and the front of her nightie kind of opens right up. Well, Father, she's got the prettiest tits I, uh ..."

"It's all right, Sean. Remember, the vernacular."

"Yeah. So, I mean they're just so beautiful, she looks like one of the girls in Playboy, but I guess you wouldn't know about that, Father."

"Yeah, sure. So Terry takes both my hands and puts them right on her boobs. Aw, Father, I was in heaven."

"No, Sean, I think you were nearer a considerably warmer place than that at that moment."

"Uh, yeah. Well, I'm squeezing these perfect boobies when she says, 'I've got a special treat for you.' Then she gets on her knees, pulls down my shorts and takes my cock - and I'm telling you, Father, I had a boner what could knock down a brick shithouse, I ..." Yes, Sean, I get the picture."

"Well, she puts me in her mouth and just sucks me soooo good."

"So, you committed sodomy."

"Well, I'm just about to come when she stands up, straddles my lap and slides right down my dick. She's pumping me like a piston in a Corvette, and I'm already to come again when she stops." Yes?"

"Then she says, 'Sean, baby, finish me off this way.' And she climbs up on my bed and doubles over so her tits are touching her knees and her ass is in the air and her little pucker-hole is practically winking at me. So, my dick is already pretty slick with her juice so I slid it right in."

"No, Father, she wasn't blowing me, I was fucking her in the ass. Haven't you been listening, Father?" That's sodomy." I thought sodomy was a blow job."

"You sure, Father? I thought unnatural is when you do it with a sheep, or a German shepherd or something."

"Holy Mary! I've only been hearing confessions every Saturday for 40 years, but just for you I'll put in a special call to the Vatican and ask for clarification!"

"Aw, gee, Father, I didn't mean like I was telling you how to do your job."

"Well, thank you for that. Now, anything else?"

"No Father, I shot my wad and she climbed through the window and ran backhome."

"Well, you've done a heinous sin, Sean. You've committed fornication, sodomy and you've betrayed your own brother. This is going to take quite a penance to set right."

"Father, I'll say a million Our Fathers, and even more Hail Marys."

"You don't get off that easy. Ten of each will do, and you're to stay away from O'Rielly's for a year." A year? You're kidding, aren't you Father?"

"A penance isn't any good unless it hurts. You offer it up or that dirty black sin will stain your soul forever."

"It's hot in here, Theresa, so let's save some time. Without violating the sanctity of the confessional, I can say Sean Duffy was just here." Yes, Father."

"Are you're here to tell me of something that occurred between yourself and Sean this past night?"

"Would that include fornication and sodomy?"

"Theresa, a nice Catholic girl like you, about to become a bride. Where did you learn such filthy things, at that secular college you went to, no doubt?"

"No Father, I learned those things from the girls at St. Agnes."

"Peter, Paul and all the saints! Theresa, for your penance you will report to the Mother Superior at the Convent of the Sisters of Charity and offer yourself as a cleaning girl at no charge every weekend for a year."

"I've no doubt you'll do your best to sweeten the atmosphere for the sisters. Now go and sin no more." Yes, Father. Oh, Jimmy's next."

"Your fiancé, James Duffy, whom you are going to marry tomorrow?"

"The same, Father. Please, would you not let on about my indiscretion?"

"That would violate the sanctity of the confessional. Now, send him in."

"Let's save some time, James. You're here to tell me you fornicated with two ladies of low repute last night."

"They weren't ladies Father, they were whores. Gee, it's like you're psychic. You learn that at priest school?"

"Never mind, James. Your mother tells me you're going into business with your younger brother, Sean."

"Yes, Father. Hey, if you can't trust your little brother, who can you trust?"

"I see. Okay James, say two Hail Marys and an Act of Contrition."

"That all, Father? Gee, I thought I'd get hit with a heavier penance than that."

Thanks, Father. See you tomorrow?"

"Wouldn't miss it for the world and heaven too."

Robert Buckley is a copy editor for a metropolitan daily tabloid newspaper. His stories have also appeared on the Web site of the Erotica Readers and Writers Association and Adult Story Corner.

Return to the Erotica Index. 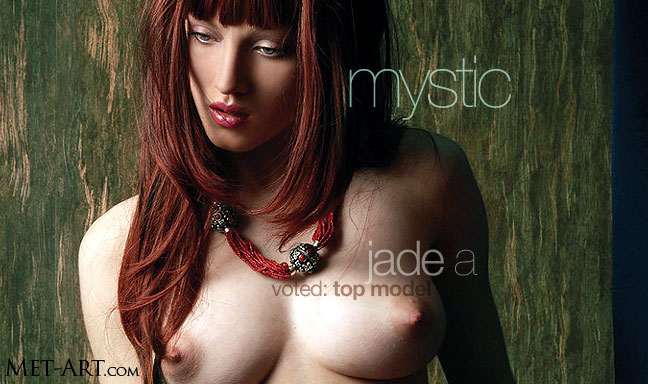